Qilimanjaro is a spin-off from three leading physics and computing research institutions, the Barcelona Supercomputing Center, the Institute for High Energy Physics and the University of Barcelona.

BSC is the leading supercomputing center in Spain. It specializes in high-performance computing. It has a dual role: providing infrastructure and a supercomputing service for Spanish and European scientists, and generating knowledge and technology to be transferred to society.

It has a staff of about 700 workers, most of whom are scientists who use supercomputers to conduct research in Computer Science, Life Sciences, Earth Sciences, and Engineering. The BSC is at the service of the international scientific community through the European research infrastructure PRACE (Partnership for Advanced Computing in Europe) and manages the Spanish Supercomputing Network (RES).

BSC is a public consortium owned by the Spanish Government Ministry of Science, Innovation and Universities (60%), the Catalan Government Department of Business and Knowledge (30%) and the Polytechnic University of Catalonia (10%).

The Institut de Física d’Altes Energies (IFAE) is a consortium of the Generalitat de Catalunya and the Universitat Autònoma de Barcelona (UAB) created in 1991.

It has been awarded the “Severo Ochoa Center of Excellence” mention since 2012. IFAE conducts research, both theoretical and experimental, on the frontier of fundamental physics (high-energy physics, astrophysics, and cosmology) and also in various areas of applied physics, such as medical imaging and quantum computing.

For this, it integrates more than one hundred researchers of international origin. The IFAE is a member of the Barcelona Institute of Science and Technology (BIST).

As the unit for technology transfer and innovation at the University of Barcelona, the Bosch i Gimpera Foundation (FBG) is responsible for transferring research results to society through the creation of spin-offs, patent licensing, and through contracts with companies and institutions, thus contributing to the competitiveness of the business fabric and to the improvement of social well-being. In 2019, 826 projects were managed and received €33.85 M funding. Qilimanjaro Quantum Tech is the 47th spin-off created by the FBG-UB, 29 of which involve participation of the UB. 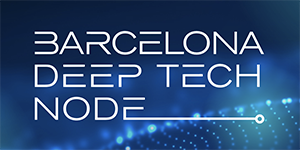